A ray of hope 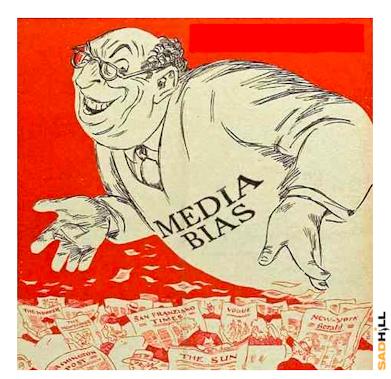 Like most of us on this site I’m smitten by pessimism every so often.  It seems that White Civilisation is being relentlessly ground down by the thrust of history. Ultimately it comes down to our losing control of The Narrative, which in turn derives from our losing control of the media. Newspapers, radio, film and TV spew out an endless stream of mind-rotting poison, polluting our bloodstreams like a malignant virus, rendering us defenceless against the forces aiming for our destruction.

Everyone here fully understands this. But good news is at hand! Because for several years the mainstream media has been in headlong decline. Profits are collapsing as customers depart in droves. I was going to provide some links to this effect but simply entering the string ‘media profits collapse’ results in over 12 million hits. As an example both CNBC and CNN lost nearly half their views in less than a year. The reasons are many and varied, in the case of movies pirating (almost everything is available on Pirate Bay) is an obvious explanation. 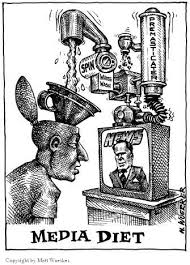 But the flexibility provided by social media and in particular the heady experience of censor-free content on the Internet are playing havoc with the traditional providers. Also there’s strong evidence of Morgan Freeman Fatigue…. the endless parade of numinous heroic negroes and white guilt-tripping. And probably just sheer disgust at the society-wrecking depravity – the sewer-pipe spewing its filth into our homes – and the increasingly blatant in-your-face social engineering. The Internet enables discerning viewers to obtain quality entertainment and information, at times of their own choosing…..and all for virtually nothing.

Here’s a typical comment: “I think Hollywood and the networks are completely incapable of producing anything wholesome or worthwhile. You have rendered yourselves irrelevant and the markets have spoken. It is my sincere prayer that every last one of you are [sic] sleeping under a freeway overpass in the near future. This is Satan’s domain for now but it has about run its course. May you all burn in he11 [sic] for what you have done to the United States and much of the Western World.”

Of course our enemies won’t take this lieing down. And Internet freedom is of course the primary target. Numerous attempts to gut Net Neutrality have occurred in many jurisdictions. Be assured they will continue. And as one avenue closes they’ll open up another. And we can be assured that such attempts will come under some suitably Orwellian rubric such as Net Freedom. So let us be on our guard and take heart from the fact that the last attempt to gut the Internet was beaten back by the storm of public outrage.

In the meantime savour the slow death spiral of the traditional media.