The Imperialism of Jewish Capital

I find this article by Henry Makow quite revealing:

A book published in 1889 “The Red Dragon” by L.B. Woolfolk suggests to me that British (and American) imperialism originated in the need of  Jewish bankers and their Gentile confederates to translate money they could create out of nothing (thanks to their control of credit), into real wealth i.e. world ownership.
The book confirms my assertion that “the Jewish Conspiracy is British Imperialism.” (May 2004)

When these bankers finagled a credit monopoly in England in 1694, they turned into a monster that now has highjacked humanity. The London-based banking cartel literally has gobbled up the planet, and will not be content until it owns everything, and enslaves mankind, mentally and spiritually, if not physically. This, in a nutshell, is the New World Order.

The last push came from a secret society  that Cecil Rhodes started in 1891 to “absorb the wealth of the world” and “to take the government of the whole world.”

A recent UN study says 2% of the world’s population own 50% of the wealth, while half own barely 1% of the wealth. Needless to say, the richest 2% are mainly the London-based bankers and people associated with them.

Today British, American and Zionist imperialism manifest the banker agenda for “world government” through the destruction of religion, nation, race and family. This imperialism does not express the interests or wishes of ordinary English, American or Jewish people who have themselves been colonized. 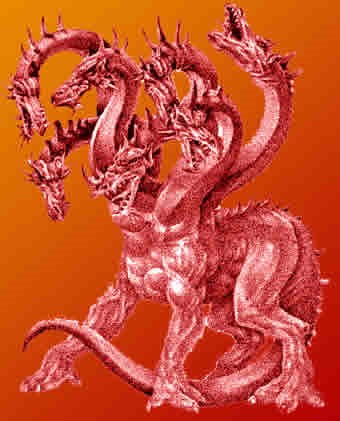 L.B. Woolfolk was an American Baptist preacher who traced the machinations of the banking cartel in the decades after the Civil War. He confirmed his assertions by contacts with members of this cartel during visits to London . He says “the Great Red Dragon” is the symbol of the “Jew London Money Power.”
In his book, which is on line, he describes how this cartel bought up the US economy  through intermediaries, and controlled it long before the passage of the Federal Reserve Act in 1913.

By 1864, 150 years ago, Woolfolk claims the wealth of the world already was concentrated in their hands.
“The Imperialism of Capital to which I allude is a knot of capitalists–Jews almost to a man–who make their headquarters in the Money Quarter of London, in Threadneedle street, Lombard, and other streets in that vicinity, where bankers have their habitat.

These Jew capitalists have succeeded in centralizing in their own hands the industry and commerce of the earth. –They own almost all the debts of the world, –the debts of nations, states, counties, municipalities, corporations and individuals, –amounting in the aggregate, it is estimated, to seventy-five billion dollars, on which they are annually receiving about four billion dollars of interest. –They own the manufactories, the shipping, and the commerce of Great Britain, and most of the manufactures, shipping and commerce of the whole world. –They have attained control of the industry and trade of the whole earth; and are rapidly centralizing all business in their own hands.

They hold possession of all the great lines of trade and business of all kinds, and they regulate all prices by their own arbitrary methods. This Money Power of the Money Quarter of London is the only grand pre-eminent Imperialism existing on the earth.” 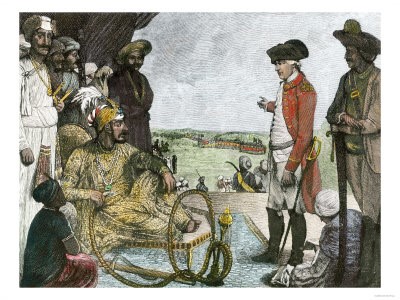 Woolfolk traces the spread of imperialism to the British East India Company in the early part of the Eighteenth Century.
“In 1764, the British East India Company was the grandest and richest corporation in the world. It was the only corporation, which ruled a territorial empire. It was enriched by traffic, by the extension of its trade through the conquest of the trading stations of its Continental rivals and by the wholesale plunder of India….it came to pass that the greater part of the stock of the East India Company, and of the other companies afterwards organized out of the dividends of that great company, fell into the hands of the Jews. The Jews became the great Money Kings of the world…. History presents no career of conquest, in which fraud, deceit and rapine were so blended as in the conquest of India by the East India Company. It was the first example in the history of the world of a trading corporation becoming an imperial power; and its imperial rule was marked by the rapacity, chicane and fraud that characterize a great corporation in the soulless and conscienceless pursuit of gain.”
With the invention of the steam engine in 1775, only the capitalists of the British East India Company had the means to profit from the industrial revolution. They set up hundreds of joint stock companies–manufacturing companies of all kinds, coal and iron mining, railways and ships, real estate– which concealed their ownership.
“In commercial crises, often originated, and always manipulated by them, they managed systematically to break down rival companies, and buy them out, and to rob and plunder the minority stockholders; until, in the end, these organized capitalists got into their own hands and very cheap, all, or the greater part of the stock of the various companies, manufacturing, mercantile and shipping, that originated in steam manufactures. They thus reduced to a system and a science the art of crushing rival companies, and freezing out minority stockholders.”
Woolfolk speculates that the Rothschilds did not act alone but represented a syndicate of Jewish bankers. 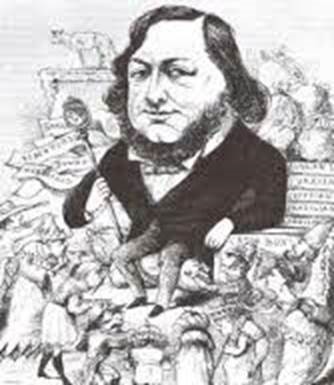 “The rise of the house of Rothschild is memorable as the first grand combination of the Jews in a syndicate, for the transaction of a vast business in which all their capital might be combined. The Rothschilds became the head of the Jew Money Kings, and have ever since been the head of the Jews, acting as a syndicate. That house is probably at the head of the Jew Money Power of the world. The wealth of the Money Power is simply beyond calculation. It cannot amount to less than $160,000,000,000. It is probably nearer two hundred billions…. The Money Power has so much money, now, that it cannot find investment for it. In one more double it will about have all the property of the earth. In the beginning of its career, a double of its capital meant $100,000,000. Now a double of its capital means $400,000,000,000. And all the property of the world is less than $600,000,000,000.”
According to Woolfolk, the Rockefellers and most great American industrialist-financiers were merely agents of the London Money Power. Standard Oil is a classic example of how it established a monopoly in every enterprise. Owning the railroads needed to transport oil, the Money Power put competitors out of business by undercutting their prices.
This cartel of cartels kept the business class in line by creating the spectre of Communism:
“It is their policy to keep up a hot agitation for Communism and Socialism in the great cities; so that the businessmen, in their antagonism to those ideas, will keep on the side of the Money Power. It is a significant fact that most of the agitators for Socialism are Jews, who are most probably the agents of the Money Power to keep up this agitation for their own purposes… It is a part of the consummate craft of these Money Kings.”

CONCLUSION
“The Red Dragon” is an important reminder that even 150 years ago, wealth and power were concentrated in a relatively few hands. Modern history reflects the hidden machinations of this Money Power to advance their “world government.” The whole world is being colonized.

We see evidence today that one hand directs all the great multinationals. For example, they all sing from the same songbook of diversity, homosexuality and feminism.  All US Presidents are front men for this banking cartel. Their Cabinets are chosen from the ranks of the Rockefeller-controlled CFR. Presidents who defy the Money Power are eliminated. (i.e. most recently JFK and Nixon.) All the Presidential candidates support Israel which was created by the banking cartel to be  their world government capital.
This lethal problem arose because the nations of the world were too feckless to do something so simple as create their own currency. They relied on a network of Jewish bankers to create their medium of exchange in the form of  debt to themselves. No nation had the power or wit to break away from this worldwide imperialist system which is tightening its grip and inevitably must enslave mankind. Unfortunately, these bankers are not just interested in power or money. They are Satanists who wish to sabotage civilization and rededicate humanity to Lucifer.

We must reject this juggernaut in all its manifestations.  Common sense eventually will prevail not because it is common sense, but because continuous violation of common sense produces collapse.

I find it interesting that Woolfolk’s book was written in 1889, and it reinforces several elements I have understood from other sources, one being that the Rockefellers and most great American industrialist-financiers were merely agents of the London Money Power. Standard Oil is a classic example of how it established a monopoly in every enterprise. Owning the railroads needed to transport oil, the Money Power put competitors out of business by undercutting their prices.
Also, to understand for how long this control has been in place in our world.