‘ISIS’ is the name of Israel’s Mossad

Coincidence that the name for Mossad in intelligence circles is ISIS?

In his usual, well documented manner, James Corbett provides the details on the complete lack of global warming for the last 18+ years – not what you would understand if you listened to the MSM. A statistically zero degree of warming over this period. I quote:

And so the reason for the COP21 climatefest in Paris recently was for what? Oh, yes. To lock in global action against the (actually non-existent) anthropogenic global warming.

Are you reading this, Michael and others? Wake up before it’s too late.

But we have abundant evidence that our global controllers have NO intention of letting the facts interfere with a good story – or, more accurately, their plans for you and me and our world. It will take more concerted action on our part to put a spoke in this wheel.

An Israeli politician has proposed new legislation against an organization of Israeli veterans called ‘Breaking the Silence’. It’s mission is to expose the reality of everyday life in occupied territories to the Israeli public. Among the revelations are claims that Israeli soldiers deliberately targeted Palestinian civilians and demolished homes during the Gaza war in 2014.

And whilst I’m sharing videos on this horrific reality for the Palestinians, this video shows a settler in his “walled garden” throwing rocks at Palestinian women, with no reaction from the onlooking Israeli soldiers.

And this video presentation entitled The Bullet, The Ballot & The Boycott by David Sheen reveals the scale and the detail of the persecution of Palestinians in Israel.

And, finally, I remind you of this video by an American Jewish woman who reported on the Palestinian reality, comparing it with Israel.

But those who run our world created Israel and their plan is to clear the Palestinian “debris” from what they have decided is theirs, on their way to a broader area extending into Syria and elsewhere.

It was only recently that the penny dropped for me that this plan was actually put in place in detail at the end of WWI, when the Middle East saw a massive restructuring of the area, with the empires that controlled large tracts of it, such as the Ottoman and British Empire deconstructed and the countries that we see today and the way they are run in large measure established. In my opinion, what we see today unfolding was planned at the same time as the British were persuaded (as documented in the Balfour Declaration) to give Palestine – which was not theirs to give – to the Zionists for the state of Israel, in exchange for bringing  the US into WWI.

Remember, it was the Jews who turned up at the Paris Peace Conference at the end of WWI with clear plans as to what they wanted to achieve, as exposed by the former Zionist member of the US delegation, Ben Freedman, in 1961, and they made up the majority of most if not all international delegations to that conference. They came with a plan as to how they wanted the world to look, and everyone else was either flatfooted or absent. Remember, this is 1918.

This also includes the creation of the horrific form of Islam called Wahhabism, which is at the heart of the violence and in large measure the suppression of women in the Middle East that we see today. Note the clothes worn by these Afghani women in the comparison of 1970 vs. 2000. 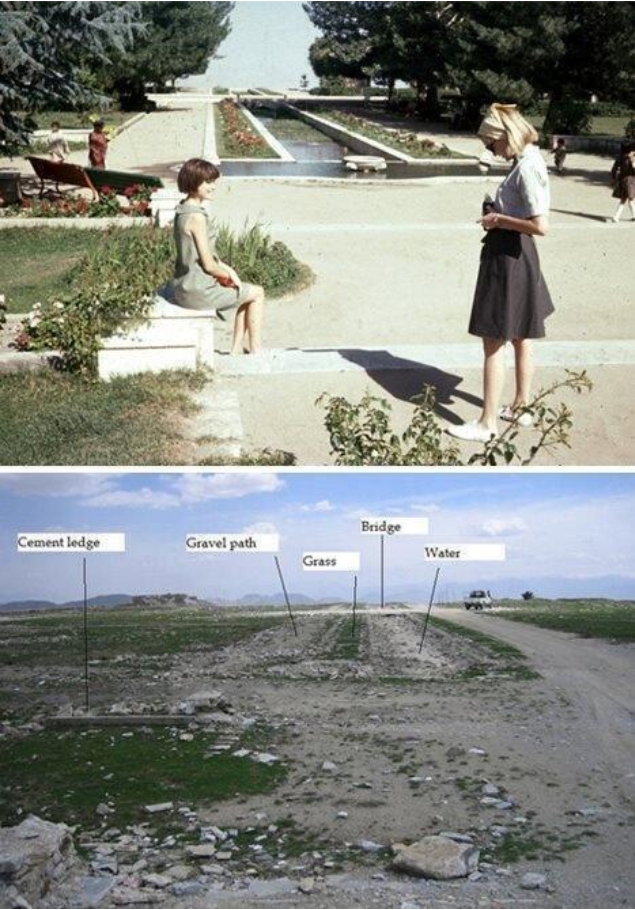 Most people think that women in Arab countries have always worn their restrictive clothing. In many cases, it is not true.

The demonization of Muslims is a long term Zionist-driven plan and the Palestinian genocide needs to be seen and understood in this broader context. As I’ve said before, these people think in centuries if not millennia, and they have most of the rest of the world focussed on how to get through today.