The Deliberate Dumbing Down of America

Although I have written about this before, this article prompted me to revisit it as it is one of those ignored ways being used to control us all:

I should not have been surprised but I was. There really is a project in place to dumb down American education, to achieve behavioural changes in students, parents and broader society which have nothing to do with commonly understood educational objectives. My source is the book by Charlotte Thompson Iserbylt The Deliberate Dumbing Down Of America. This book is meticulously annotated and researched with sources cited in the best academic traditions (remember them?). The author is in a sense a whistle-blower, having served as the head of policy at the Department of Education during the first administration of Ronald Reagan and taken an active interest in education ever since. 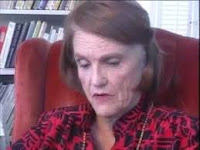 She reveals the central role of the  Heritage, Ford, Rockefeller and Carnegie “charitable” foundations in transforming Americans into the drones envisaged by Bertrand Russell nearly 100 years ago; “Education should aim at destroying free will so that pupils thus schooled, will be incapable throughout the rest of their lives of thinking or acting otherwise than as their schoolmasters would have wished. . . . Influences of the home are obstructive. It is for a future scientist to make these maxims precise and to discover exactly how much it costs per head to make children believe that snow is black. When the technique has been perfected, every government that has been in charge of education for more than one generation will be able to control its subjects securely without the need of armies or policemen.”

She could have added another quote from Russell: “Gradually, by selective breeding, the congenital differences between rulers and ruled will increase until they become almost different species. A revolt of the plebs would become as unthinkable as an organised insurrection of sheep against the practice of eating mutton.”

Using techniques developed by Pavlov to program dogs America’s children are getting the full globalist/NWO/One-World Government treatment.  The  kids learn how race and gender are mere social constructs, their brains absorb the wonders of diversity and the borderless world while traditional ideas on morality, art, religion and the family are systematically undermined and belittled. And sorry, it’s not just in America. Similar projects have been underway in just about every White country.

David clearly reached back into the archives for this footage, but it makes it no less relevant and shares some insights into some of the subjects I have written about many times:

the symbolism built into the layout of Washington DC,

the role of Moloch the owl in Illuminati symbolism and

the importance of Bohemian Grove.

And wait until you see who was sitting in a Bohemian Grove presentation in 1957.

Perhaps you might begin to see why I give no credence to the nonsense we call democracy and this current US Presidential “Punch & Judy” show. Do you think it’s any different anywhere?