Mike Adams shares with us that the bullshit storm over the Zika virus has been acknowledged for what it always was.

Here is a link to my previous articles about this nonsense, including the Rockefeller patent on Zika going back many decades. Mind you, I’m sure this is not stopping the horrific spraying, ostensibly to stop Zika, in the Southern United States.

Tell The Truth And Shame The Devil

My journey that led me to peel the onion on how the world actually works began in earnest with the publicity of David Stein’s unmasking as the Auschwitz hoax exposer, David Cole. David’s now 20 yo video blows this bullshit propaganda away.

Gradually, we are seeing a growing number of people waking up to the horrific hoax perpetrated on the goyim and the rank and file Jew alike. Sadly, it’s a sign the elite will take to mean it’s time for another global war to reinstate shock, trauma and the context of mayhem for a further round of deceit to be implanted in the minds of the traumatised.

And for me, it is far more important when the one who awakens and exposes the lie is a Jew.

Which leads us to this recent post from the Irish Savant: 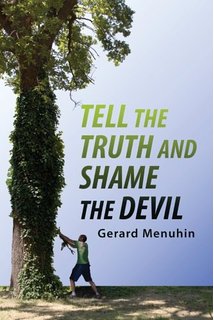 The brilliant book The Myth Of German Villainy has been much commented on this blog and covered extensively over at katana. I’ve now just finished an even more dramatic work which explains how behind the scenes, events are controlled by a coterie of ethnic puppet-masters who work their marionettes in high places out of public view. How did this world get to the dark place it is today? Who could have stopped it and what can we now? Given that the author is the son of legendary violinist Yehudi Menuhin and the latest in a long line of rabbis those whom he identifies as ‘the coterie of ethnic puppet-masters’ will surprise you.
‘The book consists of three sections. The first concerns Adolf Hitler, and the real causes leading up to the outbreak of WWII.  The second section enlarges on the activities of the real culprits, provides a historical overview of their progress, their nature, their power over finance and the media, and the methods by which they achieved it. The third concerns the two World Wars, their conception, funding and inescapable continuity; our current laws against freedom of expression, and the evolution of the Orwellian state.’

Not surprisingly the author has suffered greatly for his honesty, losing his job at the Menuhin Foundation and suffering expulsion from polite society. But he fearlessly persists. He is, as a German nationalist writer described him, ‘a noble Jew’. And on this point let us spare a thought for the other Jews out there who have taken on their tribe in the pursuit of the truth. There are a lot more of them than you might think.

Of them I echo Hitler’s observation to his family doctor Eduard Bloch. ‘If enough Jews were like you there would be no anti-Semitism’.

Please buy this book, read it and proselytise.

I have become a consumer of eBooks rather than physical books and I have been waiting for some months for Gerard Menuhin’s book to become available on Kindle. That day has arrived.