An interesting take on the Zionist connections to 9/11.

David Icke revealed Ted Heath was a paedophile 17 years ago

I think this synopsis gets it: 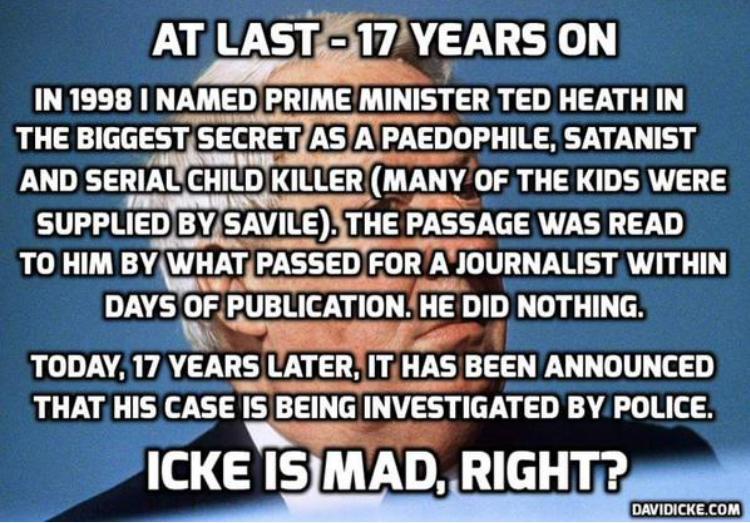 I have read Icke’s “The Biggest Secret” and I can confirm that he did spell this out in detail, including how boys were murdered on Heath’s boat and tossed into the sea. And much more.

There have been similar stories from other sources and not just about Heath.

The point about all of this is that this knowledge has not been hidden for at least 17 years. It’s just not acted on by officialdom.

Because, as I keep saying, IT’S THE GLOBAL CONTROL SYSTEM!!!

No-one in authority is going to rat on these people, because they’re all part of it.

Now we have a few dead ones being exposed, but WHAT ABOUT THE LIVE ONES CURRENTLY IN POWER???

Do you think it’s different, now? Of course it’s not. And its global. Do you think Obama or Cameron or Abbott, etc. are any different?

It’s the satanic control system that controls our world, including religion.

I gave you a confronting example of this in this article on a satanic ritual in Inverloch, Victoria, Australia:

The ‘warlock’ then put the curved knife down and picked up a knife that looked like a serrated edged dagger. It was large and he used this to cut the baby’s throat and the baby’s blood ran down the channels in the marble altar. There was a young woman there holding a large gold goblet to catch the baby’s blood. The baby stopped screaming.

This same young woman picked up the large marble bowl with the baby boy’s flesh in it and as it was very big she put it on her hip and then picked up the goblet and took them both to ‘Medusa’, who then ate the baby’s genitals and drank some of the blood. The goblet and bowl were then passed onto the ‘warlock’, and he also ate some flesh and drank some blood. Then the same young woman came and took both the bowl and goblet again and passed them around the crowd from the eldest to the youngest to eat and drink from.

There was the same insane chanting and the ‘warlock’ was saying: “That whoever ate the flesh and drank the blood that they would have eternal life from this fountain of youth”.

The crowd of people ended up in a circle. I was dragged into this circle and when it was my turn to eat the baby boy’s flesh, I would not and the ‘warlock’ came over and grabbed my nose so that I could not breathe and the young woman holding the bowl on her hip shoved a small piece of the baby boy’s flesh in my mouth. While this was happening, my nose was still being held and the only way to breathe was to then swallow the baby boy’s flesh.

Now, for many of you, there will be part of you that wants to believe this cannot be happening in our world today, or it is so far out of your comfort zone that you want to dismiss it. It’s why I have read some of the satanic literature to confirm the accuracy of such recollections.

In that same article, I pointed out that these are almost exactly the words used in the Christian communion service. And satanism is MUCH older than Christianity. Remember the connection of that fish head hat the Pope wears reflecting the ancient fertility god, Dagon?

Do you see what most so-called Christians are inside of but don’t know it?

You see, our world is full of this stuff, but it is hidden from us, unless we are willing to hold up what is given to us and examine it.

And thank you, David Icke, for being willing to take the ridicule for 25 years and act to expose it.

Windows 10 provides an enormous amount of your information and information about you to Microsoft by default, much of it justified on providing a more sophisticated level of support for your day to day activities. For me, just the basics in this area are quite enough.

You can turn much of this off when you install Windows 10 if you choose (Cortana, etc.), but there are layers of this that are not so obvious. The following explains how to take care of the not so obvious aspects.

Windows 10 now comes with the telemetry feature enabled by default which collects all sorts of user activity and sends it to Microsoft. Unfortunately, Microsoft has provided no way to disable it completely using the Settings app for Home and Pro editions of Windows 10. Only Enterprise users can turn it off. Here is a solution for editions other than Enterprise to disable Telemetry and Data Collection in Windows 10.

As you use Windows 10, Microsoft will collect usage information. All its options are available in Settings -> Privacy – Feedback and Diagnostics.

​To disable Telemetry and Data Collection in Windows 10 Home and Windows 10 Pro, you need to do the following:

3.There you need to create a new a 32-bit DWORD value named AllowTelemetry and set it to 0.

​Now, you need to disable a couple of Windows services. Right click the File Explorer item in Windows 10 Start menu and pick Manage from its context menu:

​Go to Services and Applications -> Services in the left pane. In the services list, disable the following services:

Double click the mentioned services and pick “Disabled” for the startup type:

You need to restart Windows 10 for changes to take effect.

Tip: it is a good idea to check out rest of the options in the Settings app – >Privacy.

This should prevent Windows 10 from spying on you.

Do not skip over the Privacy review at the end of this list. There’s lots in there. 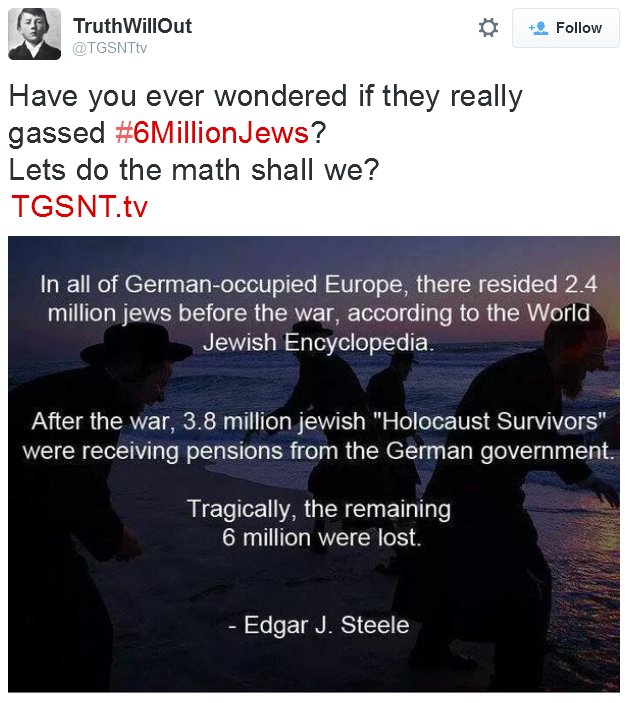