Great article by William Engdahl on GMO, Monsanto, and what been happening to them. GMO has been a focus of Engdahl for some years, including his 2007 book Seeds of Destruction: The Hidden Agenda of Genetic Manipulation:

The seven hundred years-old expression, “curses are like chickens; they always come home to roost,” rarely has been more appropriate than to describe what is happening to the world’s largest purveyor of gene-manipulated or GMO seeds and paired chemical toxins. It couldn’t happen to a nicer bunch of genocidal eugenicists. Monsanto Corporation of St Louis is apparently in a deep decline.

Ever since 1992 when that nasty US President George H. W. Bush conspired–yes, Virginia, conspiracies exist– with the leadership of Monsanto to unleash GMOs on an unwitting American population, Monsanto seemed unstoppable.

With the help of Bush, who made a decree that no US Government agency be allowed to independently test GMO seeds or their chemicals for health and safety–the fraudulent and totally unscientific Doctrine of Substantial Equivalence–Monsanto could make its own fraudulent doctored tests and give them to US or EU agencies as valid. As a result, GMO seeds took over American agriculture, based on a pack of lies to farmers that they would raise yields and decrease chemical use. Monsanto spread its GMO far around the world, through bribery as in Indonesia, and through the unusual machinations of the Government of the United States. Monsanto paid scientists to lie about its products safety.

It used the corrupt Brussels European Food Safety Authority (EFSA) to back its position, even when alarming studies such as the famous September 2012 Food and Chemical Toxicology peer-reviewed study by Prof. Gilles-Eric Seralini created shock waves around the world. The Seralini study, the first ever long term, two year study of GMO diet with a group of 200 rats found shocking effects. Among them that ”female rats fed Monsanto GMO maize died 2–3 times more than controls, and more rapidly… Females developed large mammary tumors almost always more often than, and before, controls; the pituitary was the second most disabled organ; the sex hormonal balance was modified by GMO and Roundup treatments.”

Monsanto then set about to kill the messenger by pressuring the Food & Chemical Toxicology journal to hire a former Monsanto employee, Richard E. Goodman, who promptly declared Seralini’s study “unscientific” and deleted it, an act almost without precedent in science journals. A year later both Goodman and the journal’s editor-in-chief were forced to step down and Seralini’s article was republished in another scientific journal. But the scientific character assassination against Seralini had a chilling effect as Monsanto wanted.

Reclaiming the Goddess: Stop Using the Name ISIS to Describe a Bunch of Ignorant, Murderous F**ktards

This article that seeks to reclaim the name of the great Egyptian and Atlantean goddess, Isis, from its current connotations (I doubt this is an accident) is refreshing. It’s why I sought to use the term ISIL for this Western funded monstrosity. But calling them Daesh is much more appealing – and accurate. 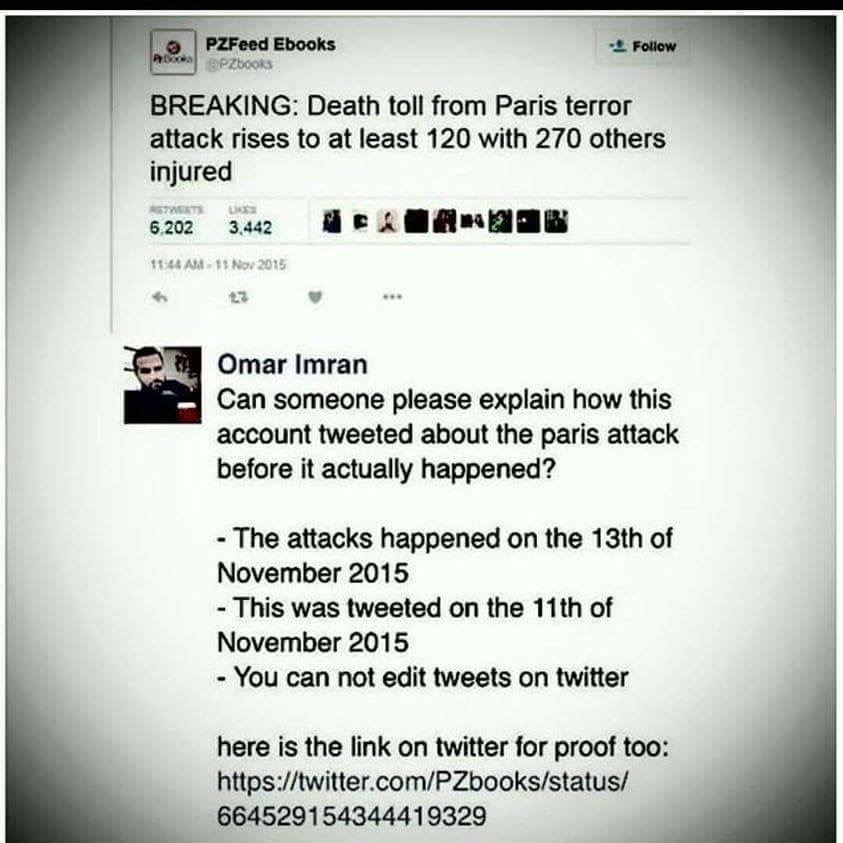 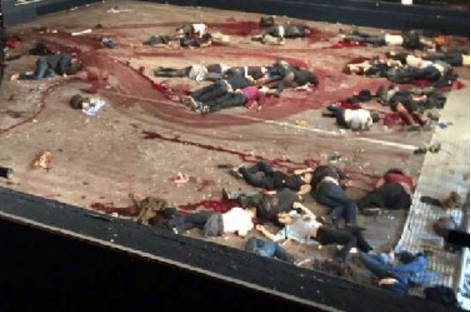 Another telling video from Syrian Girl.

Here is a summary of the Syrian Girl’s reasons:–

1 Syria’s Central Bank is state-owned and state-controlled so as to serve the national economy and the Syrian people, instead of enriching the international banksters of the Western nations and Israel, who force upon almost all nations of the world usurious loans generating artificial debt crises by which these nations are in effect enslaved.  Central Banks are Rothschild Banks

2 Syria has no international Monetary Fund debt. The IMF acts as the debt collection police of the international banksters. Any wise nation stays out of the IMF’s clutches, which is what Syria has succeeded in doing, but the banksters are not happy at all with such wisdom.

4 Syria’s population is well-informed about the NWO, whose domination of the world’s puppet politicians by its think-tanks and secret societies is openly discussed in Syria’s media and universities. Such openness is anathema to the NWO, which must cover its operations in darkness.

5 Syria has massive oil and gas reserves, and it is working to exploit them independently of the giant Western oil companies like Shell and Texaco. The NWO loves oil, but not oil independence.

6 Syria clearly and unequivocally opposes Zionism and Israel. In recent years even the base Western media have reacted to Israel’s virtual turning of Palestine into a mega-Gulag. Syria denounces Israel’s brutal apartheid. Obviously the Jewish lobbies all round the world will unite to use all their influence to put an end to such firm opposition to their fellow-Jews in Israel.

7 Syria is one of the last secular Muslim States in the Middle East, and refuses to recognize any superiority of that people which still claims to be the Chosen People of God (even 2,000 years after the Incarnate God, Jesus Christ, ceased to choose his People by race and began to choose it instead by faith — Romans III, IV, etc.). The same lobbies will chastise any refusal of their religious as of their racial superiority.

8 Syria proudly maintains and protects its political and cultural national identity, whereas the NWO seeks to melt down all nations (except one) into a single conglomerate mass of sheeple for total control.

How many people have to come forth to point these things out before enough people understand this to put a stop to it?