It appears the report of Parisian Jews being warned of the impending attack in Paris was changed from being on the morning of the attack to saying it was months before. Clearly, the first version was just a tad incriminating. 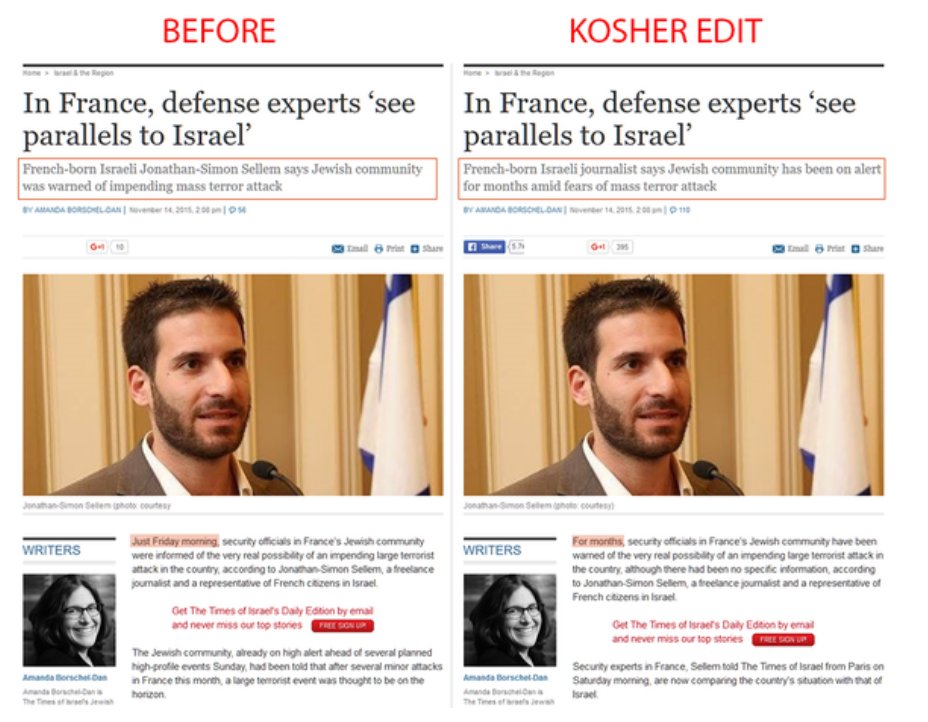 You can find the original archived here.

We can’t have such an incriminating pointer to the Mossad’s involvement, can we?

The Mossad’s reported motto is: By way of deception, thou shalt do war. Pretty good at it, I’d say. In his 9/11 tome, Dmitri Khalezov discussed some of the activities of Mossad in quite some detail, including their widespread use of micro and mini-nukes to generate so-called terror attacks around the globe, including their use in the Bali nightclub bombing And the subsequent bombing of the Australian embassy in Djakarta – blamed, of course, on Muslim terrorists. This photo, from Khalezov, shows the classic burn pattern of a nuclear explosion on a car that was parked near the Bali restaurant – the paint in the path of the blast is burnt, whilst the rest of the paint is untouched. 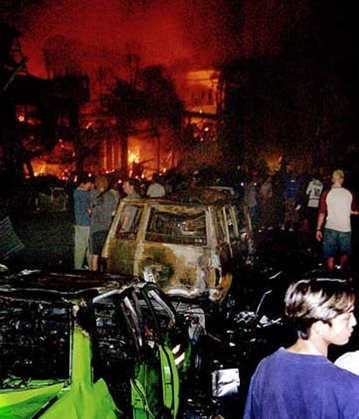 We know that Senator Al Franken was warned of 9/11, because he told us. Similarly, Odigo, the then Israeli instant messaging service, said that two of its workers received messages two hours before the Twin Towers attack. There were reports of more widespread warnings of Jews before 9/11, but these are now mired in so much obfuscation and disinformation, it’s very difficult if not impossible to disentangle it; but the above two examples are clear and documented.

Why the big deal with Pollard?

What’s the big deal with Jonathan Pollard passing secret military intelligence to America’s Closest Ally? Admittedly it seems there was some really serious stuff in there, including the deployment positions of American nuclear subs in the event of a war with the USSR. Details which the Israelis immediately traded with the Russkies in exchange for allowing more Jews emigrate to Israel. And at a stroke nullifying the whole American submarine-based ICBM capability. The Israelis also sold the most advanced AWACS system to Red China, thereby almost eliminating American first strike capabilities.
But hey, that’s what friends are for.
What I don’t understand is why such a fuss was made about Pollard given that the American Defense and Intelligence establishments are virtually run by Jewish-Israeli dual citizens (formal or informal), and have been for decades. Right off the top of my head I can name Michael Chertoff who headed Homeland “Security”, Diane Feinstein who heads the Senate Select Committee On Intelligence, Joe Lieberman who heads the Senate Select Committee On Homeland Security, Carl Levin heading the Senate Armed Services Committee.  And as Victor Ostrovsky showed in copious detail in The Other Side Of Deception Jewish sayanim operate at every level of the American Defense and Intelligence establishments. So there are hundreds of Jonathan Pollards, and they’re in every nook and cranny. And even if there’s not one in the required position, well if the Senator in charge of Homeland Security wants information – no matter how classified – he gets it.
I’m not saying that all Jews working in intelligence would be complicit but in all honesty can you just imagine anything of significance being kept hidden from the Israelis under such circumstances? And that’s my point. Maybe therefore there’s some kind of crazed logic to the Israelis and his vociferous support groups in claiming that Pollard has actually been scapegoated. And that’s maybe why they’ll give him a hero’s welcome in Israel in due course.

Emeritus Professor James Fetzer’s book, “Nobody Died at Sandy Hook”, has been banned by Amazon.

If you have looked closely at the Sandy Hook evidence, for example this video, the truth of the title of Jim’s book is borne out. The Sandy Hook massacre was a psyop, with many threads to it.

Generously, the book is now available as a pdf, which you can download from here.