Ergün Poyraz, in his 2007 book Children of Moses, wrote that Turkey’ Recep Tayyip Erdoğan, and his wife, are crypto-Jews, who secretly work with Israeli intelligence.

Erdogan has just been elected President of Turkey.

In 2007, Poyraz was arrested and eventually sentenced to 29 years in prison.

Poyraz claims that Erdoğan came to power as part of a Zionist conspiracy devised by Turkey’s JİTEM, a secret government intelligence unit.

Above, we see the American Jewish Congress handing to Erdogan a Jewish ‘profiles of courage award’.

According to Ergün Poyraz, Erdogan has spoken to the Jewish Anti-Defamation League and the American Jewish Committee.

Turkey has a large crypto-Jewish population.

Erdogan with his Jewish classmate Rafael Sadi. They studied economics together.

As Turkey’s prime minister, Erdogan helped Israel and its friends carry out the Arab Spring.

Erdogan has helped the Israel in its attacks on Syria and Iraq.

It all fits like a glove. Except for those who live in denial of the reality of how our world is run and controlled.

A Submission in response to the Office of the Children’s Commissioner Inquiry into Child Sexual Exploitation in Gangs and Groups (CSEGG). I quote:

This form of abuse is a specific entity which is intentionally sadistic and which involves the worst forms of abuse, including torture, mind control, forced participation in criminal acts and abuse and harm of others, in addition to horrific forms of sexual exploitation. Survivors (not all survive) from this form of abuse usually do not present themselves until young adulthood when fragmented memories of past events start to emerge. Since the 1990′s these individuals have become recognised as a specific group of patients, known as “Ritual Abuse Survivors”, by the psychiatric therapeutic services and there is considerable well-documented evidence for the existence and continued practice of this form of abuse. The Maranatha Community has been involved in responding to requests for help from a number of survivors of Satanist ritual abuse over many years.

Scale of the Problem

The scale of victimisation and abuse by gangs and groups is unknown, mainly for the reasons stated above. The National Missing Persons Bureau has reported that approximately 200,000 people go missing each year. It is well known that within groups engaged in ritual abuse activity, births of babies are often not registered, therefore an estimation of the numbers involved is extremely difficult to obtain.

Some idea of the scale of the problem could be gained by an assessment of the numbers of adults who seek help at a later date, but many of these individuals are not recognised due to the lack of awareness by conventional services.

The Nature of Satanist Ritual Abuse

Satanist ritual abuse may be defined as an extreme, sadistic form of abuse of children and non-consenting adults. It is methodical, systematic sexual, physical, emotional and spiritual abuse, which often includes mind control, torture and highly illegal and immoral activities, including murder, child pornography and prostitution. The abuse takes place in the context of a supposed religious ideology which, in the west, is often satanist in origin.

What differentiates satanist ritual abuse from other forms of abuse is that ritual abuse trauma is orchestrated deliberately and systematically by a perpetrator group with the aim of creating a dissociative mental state that can be manipulated by the perpetrator group in such a way that mind control of the victim is established.

Satanist ritual perpetrator groups are composed of individuals who often have professional jobs in the police, legal and social services and local authority. Satanist groups also frequently include members who are freemasons. There is deliberate intent to have members in different spheres of influence in order to maximise the security of the group and to gain social respectability for individual participating members.

Many groups have extensions of their own member networks to those in other parts of the nation, and even other nations, which increases their capacity to control their victims

A significant proportion of the children who suffer Satanist ritual abuse are born into intergenerationally-involved families and the abuse begins at birth.

It is also established that satanist ritual perpetrator groups prey on vulnerable children, such as those placed in ‘care’, and vulnerable adults, especially those with learning difficulties, outside of their group in order to use them for ritualistic purposes.

The consequences of satanist ritual abuse are severe, affecting every part of the victim’s life, often for the rest of their lifetime. Victims suffer a multiplicity of problems, including various forms of mental illness and behavioural problems as well as a wide range of physical morbidities.

There is a natural protective amnesic effect associated with extreme forms of abuse, but also, in the case of satanist ritual abuse, there is ‘programmed’ amnesia, which means that victims are often unaware that they have been abused until memories start to emerge in early adulthood.

Survivors of satanist ritual abuse are often frequent users of health services. However, because their health problems are related to abuse rather than primary pathology they are often referred for numerous investigations and consultations which do not produce a clear diagnosis. For this reason, they have often been labelled as having psycho-somatic illness (which, strictly speaking, is true but this diagnosis is regarded negatively by health care professionals with usually no offer of treatment) or, worse, attention-seeking or manipulative behaviour.

Although the health sequelae of sexual abuse are becoming more widely recognised there is very little experience or knowledge of the specific problems associated with satanist ritual abuse amongst health care professionals. This often leaves survivors with negative ‘labels’ and without appropriate support or treatment.

Inducement of fear is central to satanist ritual abuse and this is used to maintain control of victims. Mind control techniques, together with threats make it difficult for survivors of this kind of abuse to break free from the group. Many have had to change their identity, cutting all ties to family and friends in order to make a fresh start. Most therapists would maintain that it is virtually impossible for victims to be completely restored to full mental health and many survivors remain in therapy for many years.

Dissociative Identity Disorder (DID) is a condition almost exclusively resulting from satanist ritual abuse. It is a psychological system of spontaneously created defences against overwhelming trauma or, in other words, a natural self-protection mechanism which takes place in a child exposed to recurrent extreme traumatic events. It has also been recognised that perpetrators of satanic ritual abuse use elaborate and cruel techniques of inducing DID in order to gain control over their victims. Therapists have developed ways of ‘neutralising’ this form of control but the treatment is lengthy and also in of itself traumatic.

Perhaps one of the most damaging consequences of satanic ritual abuse for the victim is that when memories begin to emerge, and they gain the courage to disclose these, they are not believed or, worse, are labelled as having an overactive imagination or as being a liar. This is often promoted and used by perpetrator groups to ensure their own protection.

But yet, once more, this document stops short of making the link to the massive body of evidence linking this type of abuse to British politicians, past and present, despite the abundant even public evidence.

Funny that. Nevertheless, it does expose and explain the nature of the behaviours, abuses, and impact upon and control of the victims.

Before I introduce the video that is the subject of this post, I’m going to share with you one of its key items; the most recent Charlie Hebdo cover. 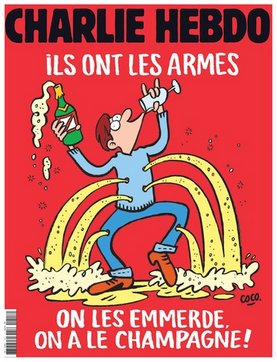 In English, the caption reads, “They have weapons. Screw them, we have champagne”.

On the surface, it sounds like a message of French defiance. But is it?

Firstly, if you turn it upside down, it reveals a menorah. 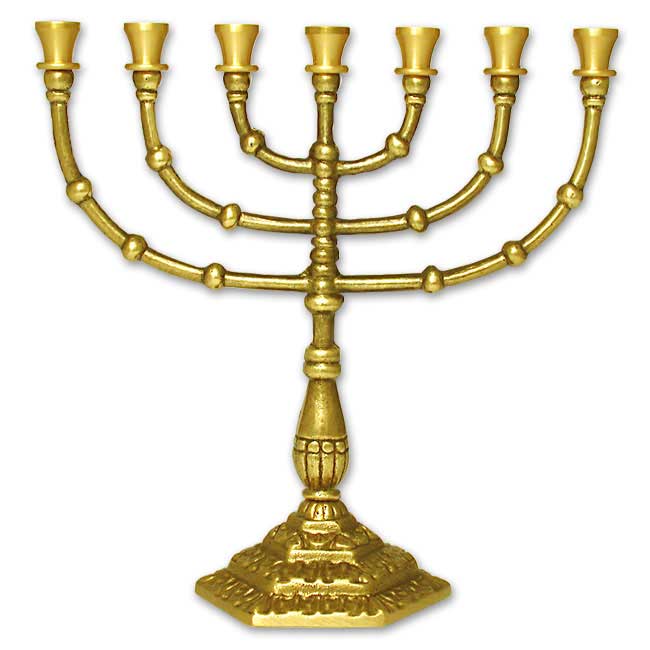 Take a look at the hand holding the champagne glass. It’s the hand sign of the devil or Satan. Middle two fingers folded down, outer two aloft, like the horns of the devil.

And there’s more in this image and other images in the magazine.

I had never heard of Sean M. Madden before; however, he is a keen observer of the ‘net and he has a sharp eye for how the world really works.

If you want to get a rapid wake-up to the game behind the game that covers many, many current sources, watch Madden’s video. You will no longer believe what the mainstream media is telling us about what happened on November 13th.